4/16/22, 9:00am - 2:00pm
Work Party
brandonlester@evergreenmtb.org
Cascades to Sound
Evergreen is partnering with Brouwers Cafe to do some trail work and celebrate the launch of Structures Brewing's new beer, the Loam Temple IPA!

Start time: 9:00 AM meeting at the DNR gate near Snoqualmie Point Park.

End Time:  Work will end around 1, and then lunch and brews will be provided by Brouwers Cafe!

Tools- Tools will be provided by Evergreen, but feel free to bring your own if you have personal tools you prefer to use.

Join us a for some trail work finishing up the rebuild of Poppin Tops/Flowstate and enjoy some lunch and brews provided by Brouwers after the work is done!

A little about the Loam Temple IPA:

Loam - a fertile soil of clay and sand containing humus, aka epic trail conditions found here in the PNW

Temple - a building or place devoted to worship

We all worship something to some degree or another! For some of us it’s nature, but even more specifically for mountain bikers, it’s the dirt and the woods that surround them while they ride. Our general manager Nat is one of those. He’ll readily admit that what’s kept him going over the years, kept him sane (reasonably!), is mountain biking and beers. With so much of his time devoted to Brouwers though, he isn’t able to get out there to “throw dirt” and help build trails. So, instead he inspired Loam Temple!

Loam Temple is a way to say thank you! It brings two passions together to honor the folks that regularly build and maintain mountain bike trails here in Washington (Evergreen and WMBC), as well as make awesome beer (Structures Brewing). Where these two communities intersect is where Nat lives and breathes, and he’s not alone there. So, drink and celebrate, you’re in fantastic company! 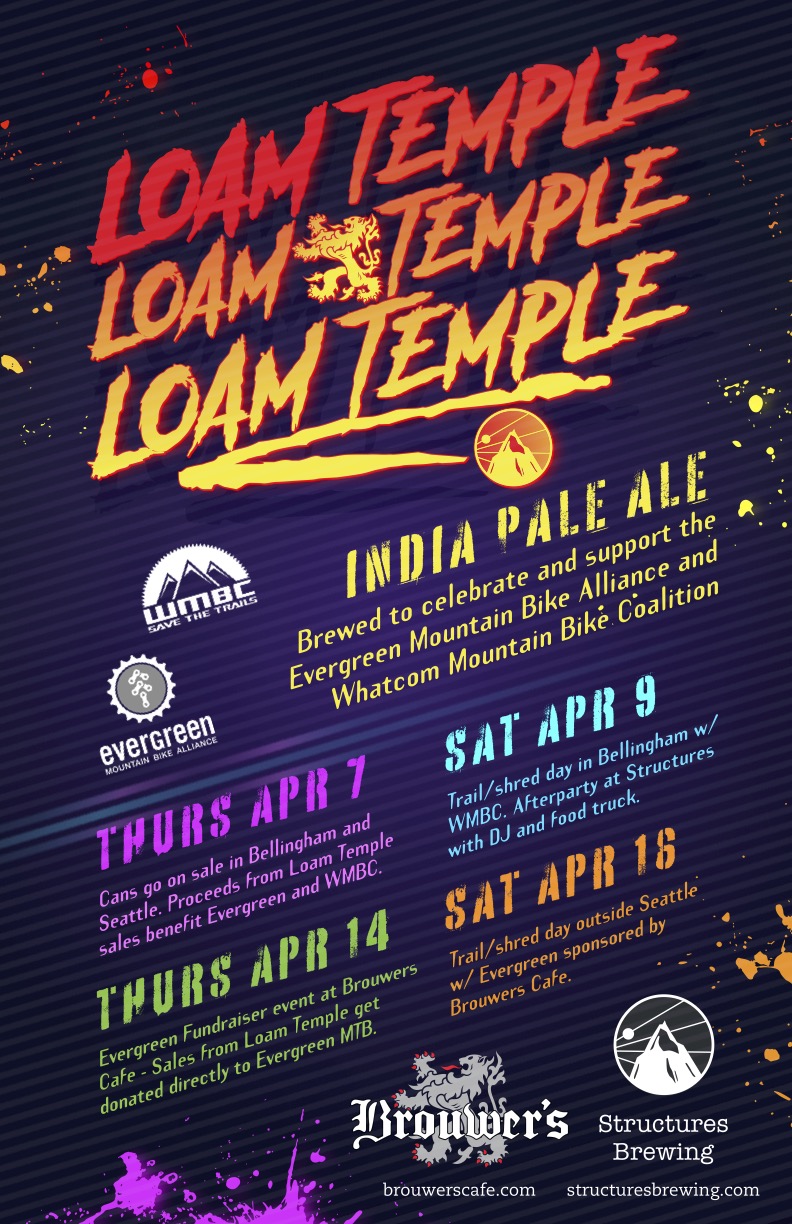