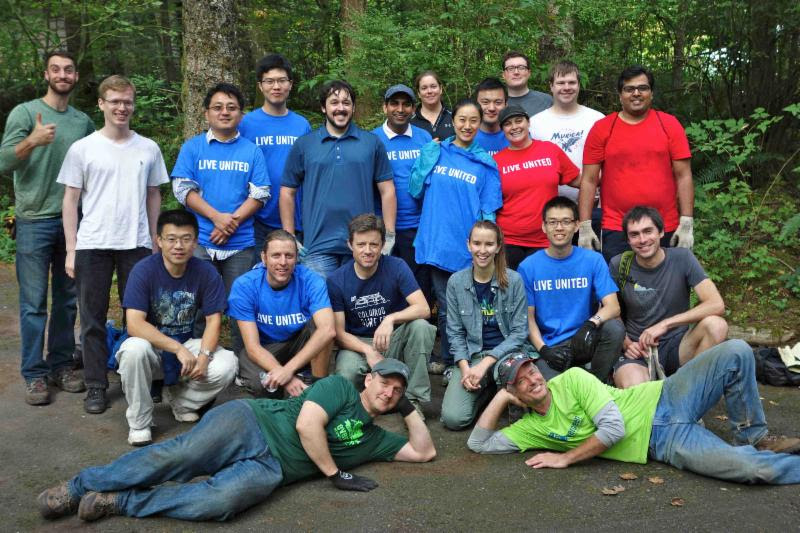 Each year volunteers across King County lend their time and energy to area nonprofits for the United Way Day of Caring.  2014 boasted 11,800 volunteers countywide--and nearly 70 of them were for Evergreen alone!

Several teams of project managers and developers from Microsoft came out on Sept 19th to get their hands dirty maintaining Tiger Mountain biking trails.

Led by the Evergreen Trail Crew of Mike, Bryan, Ryan, and Kole--as well as Kevin and Katie from DNR--they picked up their tools and didn't put them down until they had donated over 500 hours of volunteer work!

A small crew worked up on Iverson on tread repair and added improved drainage while the rest continued on the new descending trail that broke ground in August.

Volunteers worked on everything from clearing the new trail corridor and removing the duff layer to finishing work and rock armoring!

Our thanks goes out to the Microsoft employees who donated all their time and hard work to the mountain biking community!  If you or your company would like to join (or organize!) a work party, send an email to MSidwell@evergreenMTB.org