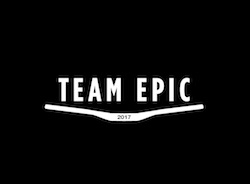 Mornings are hard—but coffee, donuts, and early demo access makes them easier! On Sunday, Team Epic members took advantage of early access to the hundreds of demo bikes at the 2017 Evergreen Mountain Bike Festival—a good opportunity too, since most demo fleet vendors reported breaking their North America demo numbers at the festival!

Team Epic members joined Board Secretary Peter Sherill and the rest of the Evergreen staff to take a few demo laps before the 9am Festival opening.

“It’s a fun treat to say thanks,” said Senior Marketing Manager Bryan Rivard “the bike vendors are happy to get up a little earlier to let Team Epic hop on some bikes—bribing them with coffee and donuts doesn’t hurt either.”

Though only an hour, most participants got to jump on their first-choice bikes and take a few laps before registration for the day opened. “It was fun,” said Wes Meyer "I like the work Evergreen’s doing so that’s why I joined Team Epic—and the perks are fun too.”

Thanks to all the Team Epic members who got up early to join in, and thank you to all Evergreen members at all levels for supporting Washington Trails!

If you’re interested in becoming a Team Epic member, check out our information page here.