Over 300 young rippers and their parents descended on Duthie Hill Park on Saturday, Oct. 6 for our annual Take a Kid Mountain Biking Day.

Despite heavy rain earlier in the week, barely a drop touched Issaquah as we gathered to teach the next generation of mountain bikers about proper technique, safety and having fun!

Kat Sweet’s crew from Sweetlines was on hand (as always!) to show the little ones around the mini pump track. Later in the afternoon, the girls from Sweetlines Junior Racing took to the jump lines to show off their skills. Those girls go big! 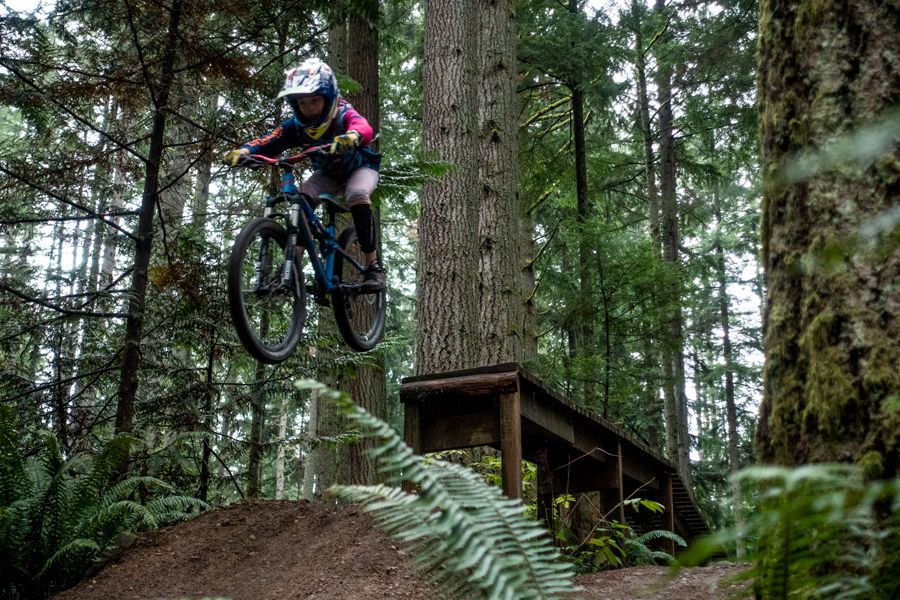 Evergreen Instructors and Coaches held guided rides throughout the day– giving parents and their kids a chance to learn new skills together.

Lots of riding meant the guys from Gregg’s Cycle were busy whipping up lots of FREE hotdogs for those in attendance. Thanks Gregg’s!

For those looking for a bit more than a snack, the folks from the Slide Thru parked their food truck near the drops in Duthie’s clearing and proceeded to satisfy tummies with their tasty Honey Roasted Shrimp Baos, Katsu Club Burgers and Porkly Pile Loaded Fries. #BUNSANDBAOS!

Perhaps the biggest draw of the day though was the lively raffle.

With prizes like Troy Lee Designs helmets, flat repair kits, a Leatt neck brace and a Kona 20” kids mountain bike, it was tough not to be screaming like a 5-year-old with excitement.

The grand prize, a blue and pink Kona Makena, went to none other than a young girl wearing blue and pink named McKenna. It was meant to be!

See you next year!