Login/Register
Become a member
Home > About > Our Team > Michael Mclane 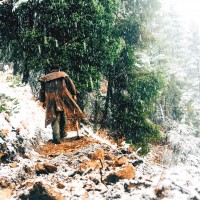 An avid outdoor recreationalist, Mic enjoys his time in the backcountry, whether hiking and backpacking through the wilderness, or riding his mountain bikes on purpose-built trail challenging his skills and abilities.

Introduced to Evergreen Mountain Bike Alliance in 2012 while living in Bellevue Washington, Mic brought his love of the outdoors and experience from years volunteering throughout the Pacific Northwest to the table and began volunteering after meeting Mike Westra at Duthie Hill in Issaquah Washington after riding up on a work party.

He became known as an “unofficial” steward of Duthie Hill working with former trail leads Graham Turnage and Ryan Chase, recognized by his long brown duster and cowboy hat, working on trails on rainy days, studying where and how the water reacted to various trail building techniques, and helped refine new methods alongside Geoengineer Josh Venters.

Mic currently can be found in Central Washington where he came on board with Evergreen Mountain Bike Alliance as a mountain bike skills coach, teaching kids the importance of Trail Advocacy and Stewardship at Squilchuck State Park throughout the summer months, grooming single track for fat biking in the winter months, as well as designing and building new trails in the region for future generations to enjoy.